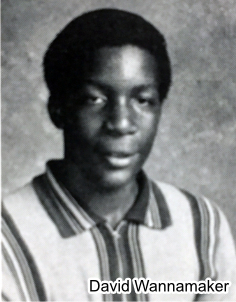 Master Sergeant David Alan Wannamaker was called home to reside with His Lord on March 29, 2018. David enlisted in the USAF in 1981 and retired 2007 with a distinguished career of 26 years.
Visitation will take place Thursday, April 5, 2018 at Sylvania Heights Church of Christ from 5:00 to 7:00. Funeral Services will be held April 6, 2018, 10:00 a.m. at Sylvania Heights Church of Christ. Burial will take place April 9, 2018, Monday, 1:00 at Barrancas National Cemetery, NAS Pensacola.
Please visit www.daviswatkins.com to sign the guestbook, express condolences and share memories.

David has numerous nephews and nieces whom he treated all with one love and the same “good ole” heart like he’s never met a stranger. He will be truly missed by family and friends and his extended military family of Keesler Air Force Base, Biloxi, Mississippi whom he talked about so dearly.

Special thanks to our niece, Evantha Wannamaker for her outstanding effort in maintaining close contact with the nurses and doctors during David’s long term hospitalization and maintaining his personal affairs.